I will never again be able to buy a roll of Gaffa tape without shaking.”  More here

“Tokhang” is translated in Tagalog roughly with “approach and talk” and has become a word synonymous with the administration of the Philippine President Duterte and his war on drugs. A war that has claimed tens of thousands of victims with death patrols and summary executions and received criticism from human rights organizations around the world. Jarlbro portrays humanly and with a strong presence this “war on drugs” in the megacity of Manila. He goes to areas where few journalists can usually get to. He witnesses the results and the victims of the police executions, but also seeks out the victims’ relatives to get answers. A story that the war is mainly a war against the poor part of the population where the results of the police war are presented as successes in the media.Jarlbro’s work often captures the connections between regional conflicts as a consequence of global structures. One of Jarlbro’s absolute strengths is that in his photographs he comes close to the core of the story and the people who have often been trapped due to war and / or poverty, while the photographs together tell of major events in a global context that in the end we are also a part of – and is responsible for.

About the photographer Olof Jarlbro: Born 1978, Helsingborg, Sweden. Studied photojournalism at the International Center of Photography, New York, and at The Academy of Performing Arts in Prague. He has previously released photographic documentaries such as The Falling Kingdom, Stonefactory, Nepal & Mao, Syria: The War Within and Refuge. More info at www.jarlbro.comCopies are available at the book release, otherwise order at http://www.roughdogpress.org/. Olof Jarlbro: Tokhang, Rough Dog Press, ISBN 978-91-981210-4-9.Some of the photographs from the book will also be on display in the project room.

We are happy to be part of the photobook exhibition Publicerat – Fotoboken i Sverige with the book “Refuge” and Syria: The War Within at CFF – Centrum för fotografi in Stockholm.

The exhibition contains 200 titles and the selection is based on three themes: the Society, the ego and the Picture. The concepts reflect overall issues that play a major part in photography, and the boundaries collect books that treat and shape the specific topics and perspectives. The photo book is both visual and tactile. Instead of showing the books in displays, published an open exhibition where visitors can browse freely, look in and read the published books.

About the exhibition: short video with curator Niclas Östlind 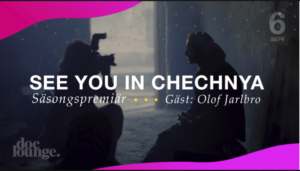 An exclusive depiction of the minds of war photographers -modern heroes who daily face the perishability of life and feed on death. The year is 1999. For the young Georgian Alex Kvatashidze, the war in Chechnya seems far away. This until he falls in love with a French photographer and only days after they meet, decide to accompany her to the war-torn Delegate. Immediately the dream of becoming a war reporter arises, something he unfortunately never succeeds in. On the other hand, he is given insights into their world for 13 years and depicts how occupational life affected them. “Why do you go to war if you do not need?” – may be one of the top questions the director Alex is trying to answer.

On the spot after the film, we have the warphotographer and Helsingborgare Olof Jarlbro, whose report has been seen in everything from “Esquire” to “Arbetaren” and who went illegally across the border to Syria to document the war.

India’s first photobooks festival “Kitab“concluded its second edition in the beautiful city of Chandigarh which is known for its architecture and green spaces. It’s great to be part of this unique event with my two latest books Syria the War Within and Refuge. I guess one of the beauties with photobooks they do connect people from all over the world… 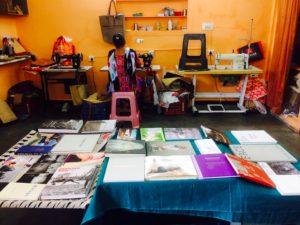 The Kitab | India’s First Photobook Festival | Chandigarh Edition from The Kitab on Vimeo.

Short interview with me and about the books here…Read here

You can find us at